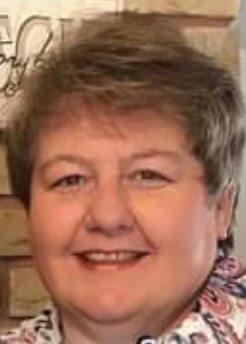 Lori A. (Robertson) Brodbeck, 54, from Frostburg (Shaft) passed away on Saturday, August 14, 2021, following a three-week battle with complications from COVID. She is the daughter of Colleen (Tharp) Robertson Evans and the late John Melvin (Little Hun) Robertson.

Lori loved taking pictures as those who were friends with her on Facebook knew, scrapbooking, traveling, sightseeing (mainly looking for bears), sitting around the campfire and spending time with family and friends. She loved mountains, beaches, all seasons, watching the birds outside the kitchen window (her favorite being the cardinal) but her favorite thing to do was sitting under the canopy on the driveway and watching all the kids from the neighborhood playing with Madeline in the front yard. That brought her so much joy.

The family asks that donations be made to the St. Jude Children’s Research Hospital in Memphis, TN in Lori’s name. This was a charity near and dear to Lori's heart ever since she was a volunteer for the Make-A-Wish Foundation when she lived in Tennessee.

A Celebration of Life service will be held at the Gods Ark of Safety Church on Cherry Lane in Frostburg on Saturday, September 18th at 3:00 pm. Pastors Ken Hamilton from First Congregational and Everett Spence from Gods Ark of Safety will be officiating.

To order memorial trees or send flowers to the family in memory of Lori Brodbeck, please visit our flower store.