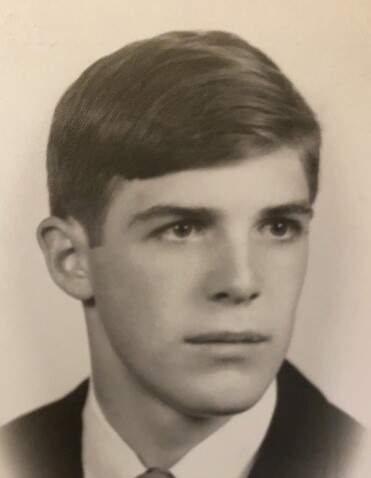 70, previously of Frostburg, Maryland, passed away peacefully on Wednesday, January 5, 2022, at his home in Cumberland, Maryland after a long courageous battle with Parkinson's disease.

Born on May 25, 1951, to the late Margaret Marshall and Edward Ryan Langan.

Growing up Tom was heavily involved in baseball, basketball, and ping pong, but his favorite of all was cross country. Tom would jog outside, specifically in his "short" running shorts, regardless of the weather conditions. Tom participated in 5 and 10 K's that benefited great causes, finishing in the top three in many of them. One of Tom's favorites was the Chili Pepper Run in which he would always face his good friend and arch nemesis Jeff "Smitty" Smith. On one occasion Tom was able to finally beat "Smitty" with the help of Bob Segar's "Against the Wind" playing over and over in his competitive psyche. Tom was also a huge music and sports fan. His favorite teams to watch compete were Notre Dame and the Green Bay Packers. His taste in music was very diverse with artists ranging from REO Speed Wagon, Metallica and The Doors, just to name a few. Tom also loved to be outdoors. Upon graduating from Beall High School Tom furthered his education at Frostburg State University. After College Tom began his career at The United States Postal Service where he was a dedicated clerk for 30+ years. Eventually Tom had to retire early due to his Parkinson's.

Though thrown a curveball in life Tom never once complained and always held a positive attitude. He was a kind hearted man who would do absolutely anything for anyone, especially his children. All Tom needed was good company, a cold beer, and some dark chocolate, or any sweets for that matter. He will be missed by so many.

Special thanks to daughter Kendra for being Tom's caregiver throughout his battle with Parkinson's.

Funeral Mass will be held on Friday, January 14, 2022 at 11 am at St. Mary's Catholic Church, Cumberland with Father Gregory Brown.as celebrant.

Tom will be cremated and interred at Frostburg Memorial Park.

To order memorial trees or send flowers to the family in memory of Thomas Langan, please visit our flower store.