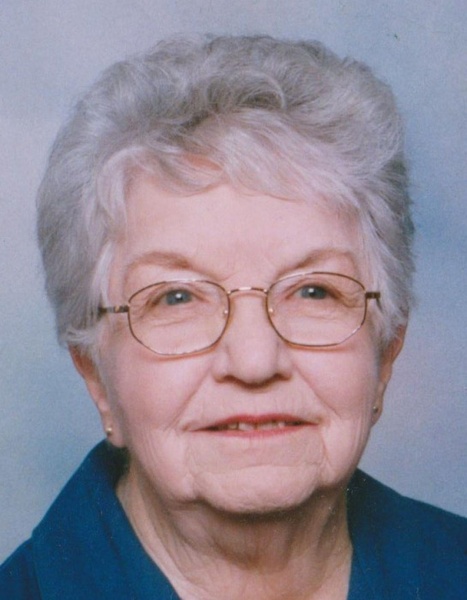 She was born on January 25, 1925, to the late Bernard and Hilda (Delaney) Martin. She was preceded in death by her husband of 65 years, Albert “Ab” E. Fisher who passed away in 2014; brothers, James, John, Thomas, William; sisters; Margaret, Marie and Rita; and nephew, Mike Williams. She was the last surviving member of her immediate family.

Aggie was a graduate of Beall High School and the Allegany Hospital School of Nursing in Cumberland. She worked as a registered nurse at Miner’s Hospital, Sacred Heart Hospital and retired from the Allegany County Health Department. After her retirement, she did volunteer work at St. Michael’s library and the Frostburg Senior Citizen Center. She enjoyed quilting, painting, gardening, spending time with family and friends and was a past member of the Frostburg Garden Club.

Prior to her illness, she attended Mass at St. Michaels’s Church in Frostburg.

Aggie is survived by her son, Allen Fisher and wife Juanita of Frostburg and her daughter Susan Johnson and husband Charlie of Cumberland. She also leaves behind her granddaughter, Kelly Thomas and her husband Kenny of Friendsville and her great granddaughter, Kinsley Abigail Thomas; numerous nieces, nephews and special nephew John C. Williams.

Visitations will be held at Durst Funeral Home, 57 Frost Avenue, Frostburg, on Wednesday, September 30, 2015 from 2PM to 4PM and 7PM to 9PM.

A funeral mass will be held at St. Michael’s Catholic Church, 44 E. Main Street, Frostburg, on Thursday, October 1, 2015,  at 11AM with Father Ed Hendricks, as celebrant. Rev. Diane Smith and Pastor Dwayne Hay will assist in the committal service.

The family would like to thank the staff of Frostburg Village Assisted living, who became like family and also to Ella and Lovana who helped care for Mom in her last few months. They too became like family. Also thank you to the staff at Western Maryland Hospice especially Ann who cared for Mom.

In lieu of flowers, donation may be made to St. Michaels Catholic Church, 44 E. Main Street, Frostburg, Western Maryland Hospice, 1050 Industrial Blvd. Suite 19, Cumberland, or to a charity of your choice in honor of Aggie.

To order memorial trees or send flowers to the family in memory of Agnes Fisher, please visit our flower store.