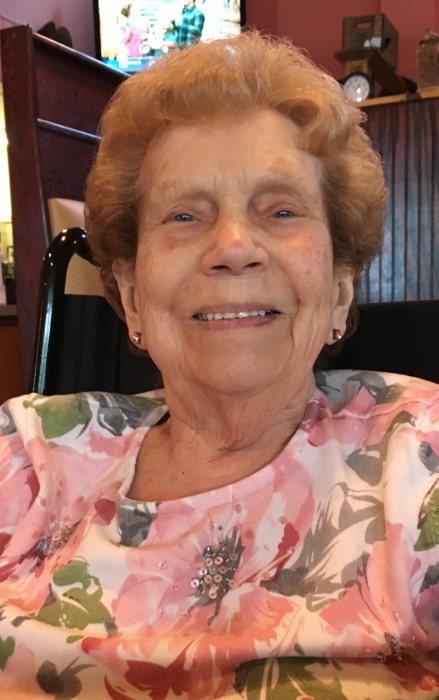 92, of Frostburg, passed away peacefully Friday, July 8 2016 at Western Maryland Regional Medical Center and went to be with her Lord two weeks after celebrating her 92nd birthday with her family.

Born on June 24, 1924 in Eckhart to John and Margaret (Brode) Wright and except for a couple years lived in the same house her entire life. She is preceded in death by her parents; husband of 50 years, Milton N. Crowe; brothers, Raymond Wright and Joseph Wright, and sisters in law Ruby Wright, Ebbie Wright, and Bonnie Wright.

Alice lived a rich and full life with her family, her work, and her church. Family was most important to her and to prove it she was the longtime organizer of the Wright-Brode Family Reunion. She enjoyed sewing, knitting, quilting and making crafts and cooking and baking desserts for her family. A member of the Frostburg Garden Club, she maintained one of the hanging baskets on Main Street. She also enjoyed travel and bowled with the Frostburg seniors into her 80’s.

As far as her work she started at the Celanese where she met Milton Crowe after he returned from the war.  He thought that she was the “prettiest girl he’d ever seen,” and they married June 6, 1948. She also worked at Maurice’s Department Store and was a longtime employee of G.C.Murphy’s in Frostburg where even many years later people would say that they remembered her from when she worked at Murphy’s , usually behind the candy and nut counter.

Alice’s other family were the members of the Eckhart Methodist Church, especially Reverend George Harpold, and she was the oldest living member of the church. She was a member of the Helping Hands Society, always sang in the choir, and was involved in whatever church activities that were going on.  She will be greatly missed.

Funeral services will be held at Durst Funeral Home on Monday, July 11, 2016 at 11:00am with Reverend George Harpold officiating.  Interment will follow in Eckhart Cemetery.

Family request in lieu of flowers that monetary contributions be made in her name to the Eckhart Methodist Church, PO Box 444, Frostburg, MD 21532.

To order memorial trees or send flowers to the family in memory of Alice Crowe, please visit our flower store.