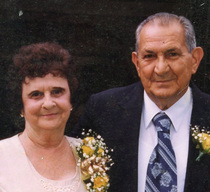 Born August 17, 1930 in Frostburg; she was the daughter of late Stanley Craze and Althea Grace (Morgan) Craze.

Mrs. Fiorita is a member of Frostburg United Methodist Church and Life member of Frostburg Eagles 1273 Auxiliary. She worked for Jones and Wares Restaurant as a waitress. She was a homemaker.  Althea loved to dance and attended Dixon Dance studio for 18 years in Cumberland; she also loved to play Bingo and enjoyed all her Grandchildren.

To order memorial trees or send flowers to the family in memory of Althea Fiorita, please visit our flower store.