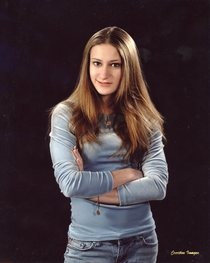 Born December 23, 1987 in Williamsport, PA she is the daughter of Troy Long and Stephanie (Lewis) Long. Amber grew up in Williamsport, PA attending local school where she was always an honor student. Stepping out on the gymnastics floor for the first time at age 13 at Dynamats, she quickly excelled at the sport to take PA state all around Level 9 championship for ages 17+, five years later.

Amber attended Philadelphia University; where she received her degree in Architecture. She was currently employed by Nest Architecture at their new Philadelphia branch. Amber had been previously employed by Lorri Cleaning and US Construction. Amber had a zest for life, always smiling, making others smile and giving her famous hugs. She was very active in the going green movement. She had aspirations of designing a totally environmentally friendly and self-sufficient house. Amber also enjoyed her Tuesday night 9-ball League.

Besides her mother and father Amber leaves behind her beloved cat Jovi, which she was so proud to have rescued, Maternal Grandparents; Harry and Reba Lewis Harrisburg, PA, Ed and Sandy Fike, Frostburg, Uncles and Aunts; Aaron and Terri Lewis, Barlinda and Jon Lancaster, Cassie and Jeff Hunter, Billy and Anitia Long, Cousins; Ryan Lancaster, Keleigh and Kory Hunter, Her many beloved Philadelphia friends and her friends she made while studying abroad.

A Celebration of Life will be held at Durst Funeral Home, 57 Frost Avenue, Frostburg on Saturday, January 25, 2014 where friends and family will be received from 1-5pm. Followed by a post celebration reception at the Frostburg Elks Lodge.

Condolences, memories and photos may be posted at www.amberjeanettelong.com.

To order memorial trees or send flowers to the family in memory of Amber Long, please visit our flower store.