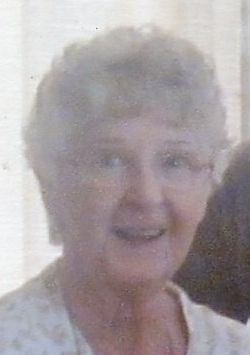 Anna May (Smith) Winner, loving mother, grandmother, great-grandmother and aunt went to be with the Lord on August 29, 2017.

Born August 7, 1932, she lived most of her life in the Frostburg and Cumberland area.  She was preceded in death by her husband Charles “Gib” Winner, her parents Walter M. and Mary Katherine (Atkinson) Smith, four brothers and six sisters.

She loved gardening and bowling but especially spending time with her great grandchildren.

Surviving are her daughter Susan (Kathy) Griffith and husband Randy from Barton, a grandson Chad and his wife Betsy and two great grandchildren Adeline and Landon from Washington, PA; another daughter Dianna Aman, granddaughter Erica, a special great grandson Logan Sisler from Frostburg and grandson John Aman III from Colorado.

Also surviving are a brother-in-law John Winner and wife Donna from Baltimore and a sister-in-law Vivian Fisher and husband Charles from Eckhart and many nieces and nephews.

She will be cremated and a private family service will be held at a later date.

To order memorial trees or send flowers to the family in memory of Anna Winner, please visit our flower store.