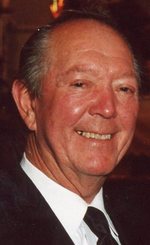 Arthur "Dale" Whitehead, 74, peacefully went to be with the Lord on Tuesday, March 26, 2013 at the Western Maryland Regional Medical Center following his very courageous battle with Acute Myelogenous Leukemia.

Born April 12, 1938, in Morantown, to George W. and Dorothy L. (Baker) Whitehead.  He is preceded in death by his parents and an infant son, Brian M. Whitehead.

After graduation from Mount Savage High School in 1956, Dale left for Wilmington, Delaware, where he received his four year degree as a machinist; and began his career at E.I. DuPont as a Journeyman Apprentice.  He returned to Frostburg after being hired by Kelly Springfield Tire Company.  Dale spent the next 24 years working as a machinist in the Cumberland plant.  Following the closing of Kelly Springfield’s Cumberland plant, Dale began working for the Local 1024 United Brotherhood of Carpenters and Joiners of America as a millwright.  During this time, he was given the opportunity to continue employment with Kelly Springfield in Freeport, Illinois where he received his full retirement from the Kelly Springfield Tire Company.  In 2003, Dale returned to the area and resumed employment with the Local 1024 where he later became an instructor of their apprentice program.  Dale was also a proud veteran of the United States Army 1049 th Transportation Company (Helicopter Maintenance) with the rank of SP4 E-4.

Dale enjoyed spending time with family and home improvement projects.  He spent all of his time and energy supporting his wife, children and grandchildren in all of their various endeavors.  Dale was most content sitting on his swing with a hot cup of coffee or by a fire at his pavilion with a cold beer.

To order memorial trees or send flowers to the family in memory of Arthur Whitehead, please visit our flower store.