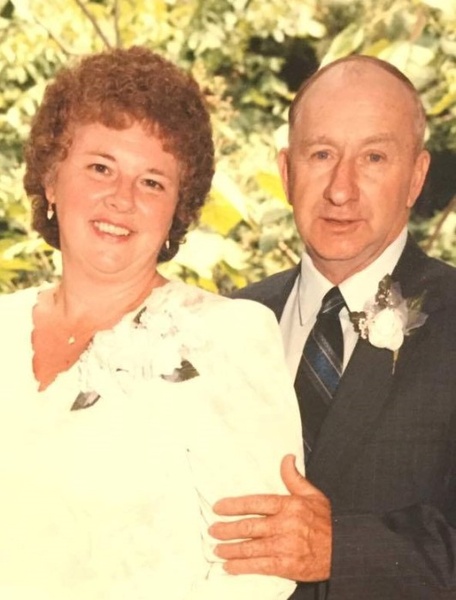 Bernard Robison, 84, of Mile Lane, Mt. Savage, died peacefully on Saturday, November 26, 2016, at his home after a long struggle with Heart & Kidney diseases.

Bernie was born in Mt. Savage on April 7, 1932 to the late, Elizabeth C. (Hoye) Robison and Clayton C. Robison Sr.  He was married to the former Judy A, Adams also of Mt. Savage on July 10, 1982.  He attended St. Patrick’s school in Mt. Savage while growing up.

He loved farming and after retirement worked on the neighboring Robison/ Carney farm every summer, including this past year. Bernie served honorably with the U.S. Army during the Korean Conflict in France.  He worked multiple jobs before joining Kelly Springfield Tire Co. for many years. After Kelly’s closed he worked as a driver for PJAX trucking until 1997.  After his retirement he took on the full-time cherished job of being a Pap to his eight grandchildren, who adored him.

Bernie’s other passion was hunting and was well known by many locals after he won the, “Big Buck’ contest many times.  He never missed an opening day until God called him home on Saturday’s opening day.

Bernard was cremated in accordance with his wishes.

To order memorial trees or send flowers to the family in memory of Bernard Robison, please visit our flower store.