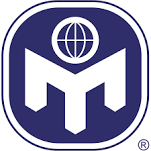 Bertram A. “Bert” Thiel, 77, of Frostburg, passed away on Saturday, July 29, 2017, at the Western Maryland Regional Medical Center.

Bert grew up in Salt Lake City, Utah and graduated from Judge Memorial Catholic High School in 1958. In 1965, he earned his B.S. degree from University of Utah, and his Masters of Education degree from Frostburg State University in 1981. He began his employment with FSU in October of 1970 in the Planetarium and then as an Instructor in the Computer Science Department. After his retirement in 2012, he continued teaching as an adjunct Professor till Spring of 2017.

His hobbies included photography and woodworking. He was also a member of Mensa International, The International High IQ society.

Funeral services will be held at the funeral home on August 1, 2017 at 11 am with Rev. Sandvick officiating

To order memorial trees or send flowers to the family in memory of Bertram Thiel, please visit our flower store.