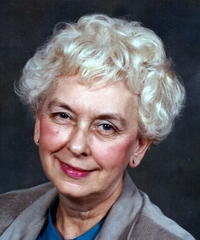 Betty Cecelia (Engle) Cook, "Meme", died peacefully May 6, 2013 at the Berlin Nursing and Convalescent Center.  She was born August 19, 1927, in Eckhart, Maryland; firstborn to Alice Anne (Wright) Engle, and Walter Lester Engle. After graduating from Beall High School and the Memorial Hospital School of Nursing in Cumberland, she earned her R.N and embarked on her nursing career.  In August 1951, she married Francis Lee Cook of Frostburg, and for the next 15 years, "Een and Eener" lived in various locations including Buffalo, New York and Atlanta, Georgia before settling down in Flintstone, Maryland in 1966. Betty returned to nursing in 1968 at the Cumberland Nursing and Convalescent Center where she worked as Director of Nursing until she retired in 1986.  Betty was a dedicated and active member of the Flintstone United Methodist Church, the Daughters of the American Revolution, and along with Francis, a life-long member of the Maplehurst Golf and Country Club in Frostburg; where he preferred the fairway and she the sand!  Betty enjoyed traveling, visiting with her family and friends, collecting antiques, and her volunteer work at the American Red Cross, the Health Department and anywhere else she could lend a hand.  She had a life long love and interest in her many pets, especially her cat Mitzi.

Betty was preceded in death by her husband, and her brother Walter Lester Engle of Frostburg. She is survived by her sister Esther Conner, of Frostburg. Also surviving and missing her are her children and grandchildren: Lee Cook and wife MJ and their children John and Tyler all of Darlington, Maryland,  Beth and her partner Gary Lynch both of Berlin, Maryland, and Seth Cook and his wife Robin of Bishopville, Maryland, and their five children Jarod, Daevid, Shawn, Braiden, and Lydia. She is also survived by numerous nieces, nephews, great nieces and nephews.

To order memorial trees or send flowers to the family in memory of Betty Cook, please visit our flower store.