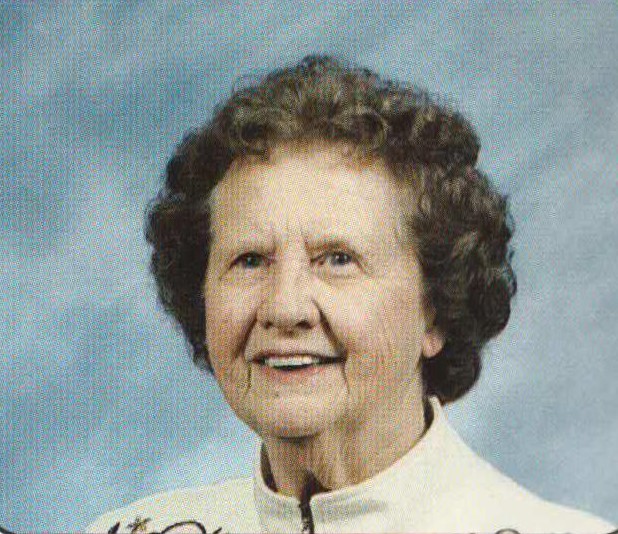 Born on August 27, 1921, in Eckhart Mines, she was the daughter of the late Robert W. and Anna (Rank) Lee.  After the passing of her mother at age 3, she was raised by her foster mother, Eva “Mom” Crosby.  At age 17, she returned to live with her father and stepmother, Madeline (Bissett) Lee.

In addition to her parents, Betty was preceded in death by her husband Wayne M. ”Rock” Layman (1976); daughter Roxanne Durr (2018);  and brother Emmett Lee.

Betty was a graduate of Beall High School class of 1939.  She also received a Bachelor’s Degree in Elementary Education from Frostburg State Teachers’ College in 1943.  Because of World War II and the men being sent to war, Betty was selected to begin teaching early in Washington County at Hagerstown East End Elementary School.  She was required to complete her degree by attending classes during the summer breaks.  From 1943 through 1948, Betty taught in Hancock.  She returned to Allegany County and taught at Penn Avenue and Beall Elementary until 1956 when she decided to raise her family.  In 1964, Betty returned to teach in numerous parochial and public schools in Allegany County as a Reading Specialist.  In 1970, Betty received a Master’s Degree in Education specializing in Reading from Frostburg State College.  She retired in 1981.

Betty was a charter member of the Frostburg Garden Club, the American Legion Auxiliary Farrady Unit 24 and the Beall High Alumni Association.

Funeral Services will be held at the funeral home on Wednesday, February 12, 2020, at 1 pm with Rev. Darrell Layman and Rev. Karen Crosby officiating.

The family would like to give a special thank you to the caregivers that comforted Betty during her brief illness – Joyce Ritchie, Karyl Kuwkendall, Phai Johnson and Malinda Hess.  Also, WMHS Hospice and the doctors and staff of WMHS.

In addition, thank you to everyone who interacted with Betty on a day-to-day basis.  Betty was a very independent lady and always took an active role in matters even though she had a very difficult time making a decision.

To order memorial trees or send flowers to the family in memory of Betty Layman, please visit our flower store.