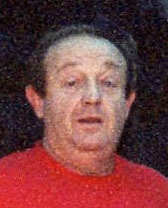 Carl was employed by the Maryland State Highway Administration as a facility maintenance technician. He was Methodist by faith and was a Life Member of the Cumberland Outdoor Club.

Funeral services will be held at the funeral home on Sunday, September 27, 2015 at 1 pm with Pastor Dave Hattenfield officiating.

A private inurnment will be in Mt. Savage Methodist Cemetery at a later date.

To order memorial trees or send flowers to the family in memory of Carl Hampton, Jr., please visit our flower store.