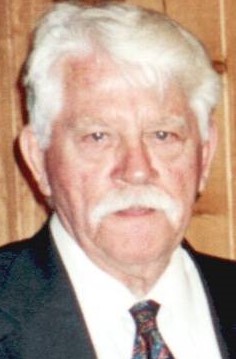 Carl Fredrick Schurg, 94, of Vale Summit passed away Wednesday, November 18, 2020 at Sterling Care of Frostburg Village after a brief illness.

Born October 14, 1926 in Zilhman he was the Son of the late George and Martha (Donas) Schurg.

In addition to his parents, he was preceded in death by his wife Shirley (Carter) Schurg, his Son’s Harry, George, and Dennis Schurg; as well as his Brothers Harry, George, Pete, Francie, Johnny, Elmer, Eugene and Sisters Pearl Wiland, Dorothy Pappas, Helen Andrews, and Alverna Carpenter and Brother In Law Charles Carter.  He was the last surviving member of his immediate family.

Mr. Schurg was an Army Veteran of World War II.  Upon returning from the war he attended an Automotive Trade School. He was employed in several Auto Mechanic Garages in the area and Retired from Western Maryland Railroad-CSX .  He was a given Life Member Certificate by the Clarysville Volunteer Fire Department in 2002 and was a member of American Legion Farrady Post 24 Frostburg.  After Retirement Carl could often be found tinkering around in the Garage or endlessly doing hours of yard work.  He also spent his weekends with his wife and many good friends at Clarysville Fire Hall.

Carl lived a full life and had many special friendships over the years.  His family will greatly miss his love, wisdom, stories, and knowledge.

Funeral services will be private.

Interment will be in Vale Summit UMC Cemetery.

In lieu of flowers, the Family requests that donations be made to Vale Summit UMC C/O Debbie Smith 12307 Vale Summit Road, Frostburg MD 21532, or to the Charity of choice.

Family would like to thank Sterling Care of Frostburg for their kindness and care, especially Derrick Skidmore who went above and beyond his duties.

To order memorial trees or send flowers to the family in memory of Carl Schurg, please visit our flower store.