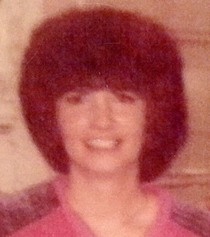 70, went to be with the Lord after a long, hard and courageous battle with cancer on Thursday, October 16, 2014, at Frostburg Village Nursing home.

Born December 1, 1943 in Frostburg, she is the daughter of the late Harry McKenzie and Margaret (Rizer) McKenzie.  In addition to her parents, she is preceded in death by one sister, Donna Jean Shriver; and sister-in-law Arlene McKenzie.

Carolyn was a homemaker, loved creating web pages, traveling and going to the beach, but most of all her dog, “Casey”.

Internment will be in Maryland Veteran’s Cemetery, Flintstone, MD

To order memorial trees or send flowers to the family in memory of Carolyn Shoemake, please visit our flower store.