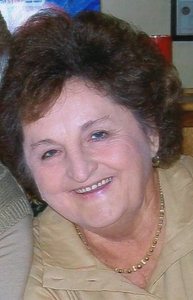 Born December 14, 1942 in Frostburg to Charles Hitchins and Nettie (Middleton) Hitchins. She is preceded in death by her parents and a sister, Aleda Croft.

Mrs. Miller was formerly employed with Frost Elementary Cafeteria and Clinebelle’s Bakery. She was Charter President of the Frostburg Lioness Club and oversaw the purchases of Christmas decorations and currently served on Frostburg’s Lamp Post Committee. Cathie enjoyed floral gardening, baking, especially her wedding cakes, and entertaining friends; her greatest enjoyment was her grandchildren who were the “light of her life”.

Funeral services will be held at the funeral home on Saturday, August 24, 2013 at 11 am with Rev. Robert Culler officiating.

To order memorial trees or send flowers to the family in memory of Catherine Miller, please visit our flower store.