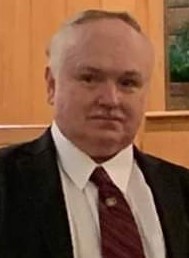 Born on April 2, 1949 to the late Doris Eileen (Williams) and Charles Felman Carbaugh.

Benny served in the military as a medic in the Army. From his time in the Army, he earned 2 Purple Hearts and 1 bronze Star-Viola Vice. Benny graduated in 1967 from Beall High School.

Benny was cremated in accordance with his wishes. Services will be private.

To order memorial trees or send flowers to the family in memory of Charles Carbaugh, please visit our flower store.