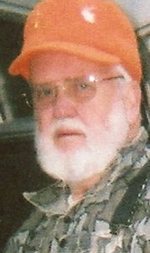 Born December 9, 1937 in Frostburg to the late Charles Walter Hunter and Geneva F. Filer; he is preceded in death by his parents, one brother, Jack Wayne Hunter and a brother-in-law, John J. Augustine Jr.

Mr. Hunter was a member of Salem United Church of Christ and retired from Pittsburgh Plate and Glass as a Quality Control Inspector and later worked at Frostburg State University as a painter. He was a U.S. Air Force Veteran and also served in the Navy Reserves. Charlie was a member of the National Rifle Association, Allegany and Garrett County Sportsman Association, Savage Mountain Gun Club, and Casselman Valley Sportsman Club.

Funeral service will be held at the Funeral Home on Wednesday, March 6, 2013 at 11 am with Pastor Dwayne Hay officiating.

In lieu of flowers, the family requests memorials be directed to Salem United Church of Christ, 78 Broadway, Frostburg, MD 21532.

Condolences may be sent to the family at durstfuneralhome.com

To order memorial trees or send flowers to the family in memory of Charles Hunter, please visit our flower store.