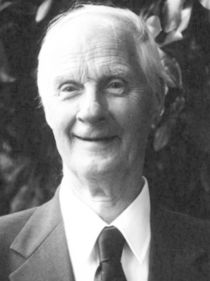 Clarence Lyle “Sandy” Sandene, 91, formerly of Frostburg, MD, passed away Sunday, August 10, 2014, at the home of his son in Winter Springs, FL.

Born on July 30, 1923, in Howard, South Dakota, he was the son of the late Mons Sandene and Clara Auske Sandene.

In addition to his parents, Clarence was preceded in death by his wife Ruth Sandene; brothers, Glen and Arthur Sandene; and sisters, Irene and Mildred Sandene.

Mr. Sandene was a veteran, having served in the U.S. Army Air Corps.  He was a pharmacist at Ford’s Rexall Pharmacy and was owner of Ford’s Pharmacy at the Gunter Hotel until his retirement.  Clarence loved to help throughout the community.

He attended St. Paul’s Lutheran Church during the months he spent in Frostburg and was a member of Ali Ghan Shrine, Frostburg Freemasons Mountain Lodge #99, and the Frostburg Senior Center Swinging Seniors.

To order memorial trees or send flowers to the family in memory of Clarence Sandene, please visit our flower store.