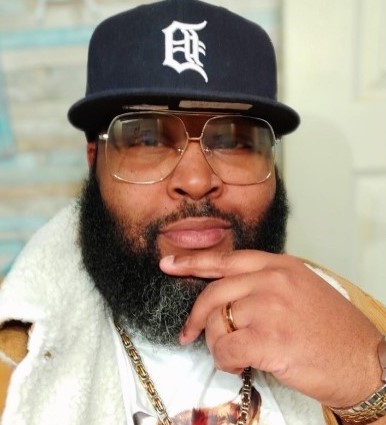 Cleveland was born and raised in Detroit, Michigan but when he met the love of his life he moved to and resided in Frostburg, Maryland. Cleveland was born on December 18, 1979. He attended Osbourn High School. He was the son of Cleveland W. Smith Sr. and the late Addie Mae Smith. He also was preceded in death by his sister, Yolanda B. Smith.

He is survived by his loving wife Tausha Smith, and his best friend, his son Cleveland W. Smith III (Tre); sister, Wendy Westbrooks and husband Gregory; brother, Anthony Smith and wife Keisha Smith; sister, Traci Tembo and Husband Joseph; brother, Niles Harper Jr. and wife Jamie harper; brother, Ryan Harper Sr. and wife Kristen Harper; brother, Matt Bracey and wife Kim Bracey (they are the god parents of Tre). A special friend he called his brother Timothy Shelton. He had a host of nieces and nephews. Cleveland was a well-loved man and has touched the hearts of so many people. He was a kind soul.

He worked at the Arc of Fredrick with his one on one client who he cared for deeply, Desmond Young.

Upon his wishes his body will be cremated with private family services.

To order memorial trees or send flowers to the family in memory of Cleveland Smith Jr., please visit our flower store.

A service will be held at a later date