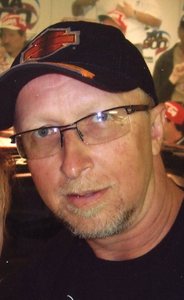 Dale Duane Murray, 46, of Frostburg, passed peacefully at his home surrounded by family on Friday, May 10, 2013 after a two and a half year courageous battle with pancreatic cancer.

Dale worked as a truck driver and Driver Trainer having achieved over 1.8 million miles of Safe Driving and just received his 19 year Safe Driving Award for Pitt Ohio, and formerly worked for the D. M. Bowman Trucking Company. Throughout his high school years and beyond, he worked at the Au-Petit Restaurant where he was considered family and remained close to the St. Marie’s. He was a member of the Vale Summit United Methodist Church. Dale was passionate about riding his Harley Davidson motorcycle and snowmobiling with his friends, he loved spending time with “his mistress” a 1968 LeMans automobile, and Hailey his dog.

Interment will be in RestLawn Memorial Gardens.

Dale, himself, stated that he would like to acknowledge and thank everyone for the love and support shown to him and his family during his difficult years.

In lieu of flowers, the family requests memorial contributions in Dales honor be made towards the family for medical expenses.

To order memorial trees or send flowers to the family in memory of Dale Murray, please visit our flower store.