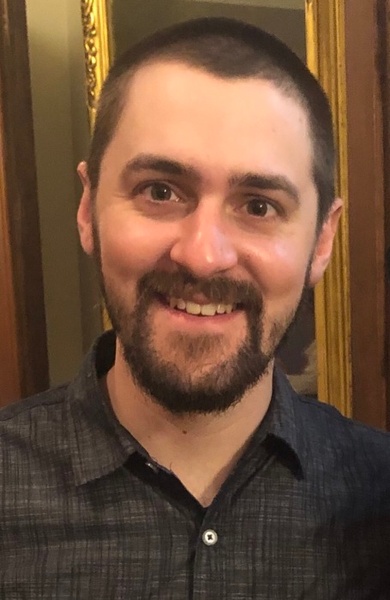 David James Knotts, 30, passed away on January 4, 2020, from an accident while hunting.

Dave was independently employed as a freelance lighting designer.  Theatrical lighting was his true passion, but he was just as happy building things, fixing things, hunting, fishing, cooking or bingeing his favorite films.  With anything he did, he had to have music in the background, singing along to whatever genre matched his mood.

He was full of passion and dreams, a father, a son, a loving partner, an electrician, a carpenter and so much more.  He was a mentor and a teacher and had a beautiful artist’s soul, loving all the little details and would never cut corners in work or life.

In addition to his parents he is survived by his son, Jackson David Knotts; fiancé, Dana M. Bridges; brother Jesse Knotts and significant other Cara Thomson; grandparents Thomas and Patricia Bodes and Larry and Donna Knotts; numerous aunts, uncles and cousins; and many friends.

Funeral services will be held at the funeral home on Saturday, January 11, 2020 at 11 am with Father Lawrence Machia Officiating.

In lieu of flowers the family wishes for donations to be put toward a college fund for his son Jackson. Donations can be directed to First Peoples Federal Credit Union, 1310 National Highway, LaVale, MD 21502,Jackson Knotts Education fund.

To order memorial trees or send flowers to the family in memory of David Knotts, please visit our flower store.