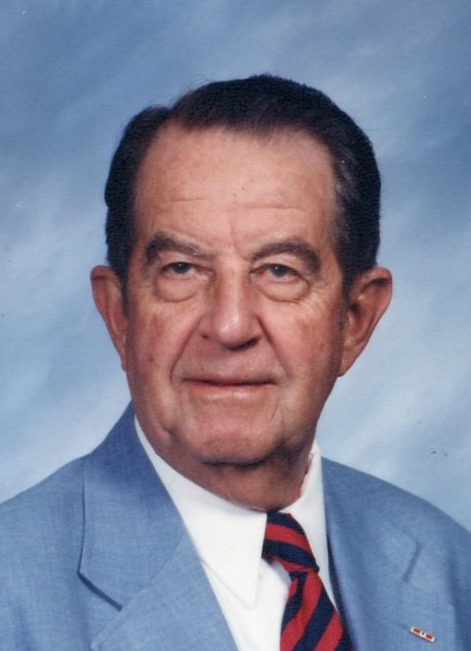 David R. Willetts, age 93, of Frostburg, went home to be with his Lord on Saturday, November 21, 2015, in Silver Spring, Maryland.

Born in Midlothian, Maryland, one of twelve children, he was the son of the late Frank Willetts and Julia Ann (Skidmore) Willetts.

A 1940 graduate of Beall High School, Frostburg, Mr. Willetts attended Illinois College, Jacksonville, Illinois.  Employed for 45 years by Frostburg National Bank and 1 year by First National Bank of Maryland, he retired as Vice President and Cashier in 1986.  He served in the U. S. Armed Forces from 1943-45, with the 42nd Infantry (Rainbow) Division, obtaining the rank of Sergeant.

Willetts devoted many years of service to the City of Frostburg and to Allegany County.  He received the Frostburg “Man of the Year” award in 1985.  He served as secretary/treasurer of The Frostburg Industrial Development Company and director of the County United Way.  He was on boards for the American Cancer Society, Boy Scouts of America, and Frostburg State University Foundation.  In addition, he was active on the Board of Trustees of the Allegany County Library System for 10 years (serving 3 years as president) and was director and treasurer of the first Frostburg Public Library.  He also served as president of the Cumberland Conference, was a member of the National Association of Bank Auditors and Comptrollers, and was Chairman of Group One, Maryland Bankers Association.

Mr. Willetts was a member of God’s Ark of Safety Ministry, Frostburg, where he had served as an adult Bible class teacher, deacon, usher, member of the Board of Advisors, and mid-week care group leader.  He also was the church’s oldest living member.

To order memorial trees or send flowers to the family in memory of David Willetts, please visit our flower store.