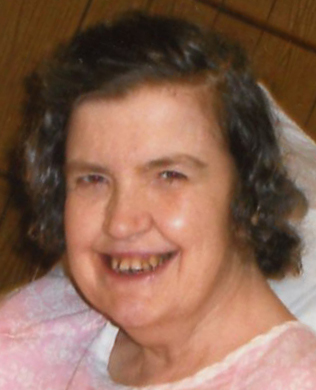 Born on July 31, 1953, in Cumberland, she was the daughter of the late William W. and Jesse H. (Fury) Gordon. In addition to her parents she is preceded in death by her two brothers-in-law, John F. Reith Jr. and Allan G. Foster, who was very special to her.

Deborah attended Pullen School in Frostburg and Gephart School and Friends Aware in Cumberland.  In later years, she was cared for in her home in Mt. Savage by her family and caregivers from Arc of Washington.  In the past year, she was a resident of Lions Center. Debbie was a happy person who loved having her family around her.  Her quick smile made her a friend with everyone.

She was a member of the Trinity Assembly of God in Midlothian.

Family and friends will be received at Durst Funeral Home, 57 Frost Ave, Frostburg, MD, on Saturday, October 17, 2015 from noon to 2 pm.

Funeral services will follow the visitation at 2 pm with Rev. Rob Culler officiating,

To order memorial trees or send flowers to the family in memory of Deborah Gordon, please visit our flower store.