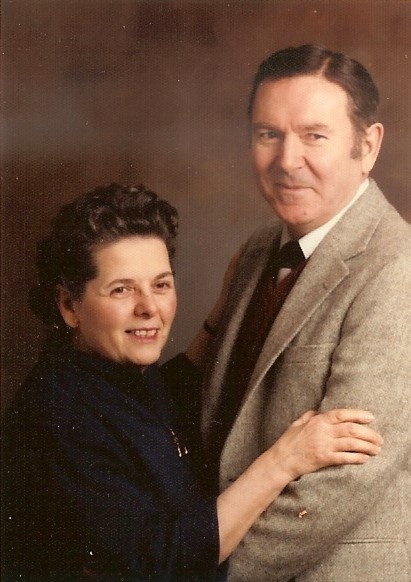 Born on March 20, 1925 at Allegany Hospital in Cumberland. Mr. Keene was the son of the late Frank Reed Keene and Edna Regina Murphy of Frostburg.  He was also preceded in death by his beloved wife of 70 years, Marianna Trimble Keene, his only sibling, younger brother, Gerald Alan Keene, and his son-in-law, Richard Sauer.

Donald was a United States Naval veteran who served in the Pacific in World War II.  He attended Frostburg Normal Grade School, Beall Junior School, Beall High School (graduating in 1943), and the University of Maryland at College Park, Maryland (finishing in 1951).

Donald met Marianna Trimble Keene at age 15 at Beall High School and they married in 1947.  Beginning in the early 1940s when he was first dating Marianna, Donald started helping his future wife’s family to take care of their farm, which began a lifetime of preserving, restoring, and maintaining this historic property, now known as the Evergreen Heritage Center in Mount Savage.  Donald also worked for various corporations as an electrical engineer.

In addition, Donald conducted research and authored multiple books on family genealogy, local history, mathematics, and science, most of which are in the special collections archives at the Lewis J. Ort Library at Frostburg State University.  Donald was also an artist, painting in both water colors and oils, and many of his more than 50 paintings hang in the Evergreen Museum and in Donald and Marianna’s home in Mount Savage, MD.  Donald also enjoyed hosting friends and relatives at Evergreen throughout the years, discussing history, genealogy, philosophy, and science.

Donald was on the board of the Council of the Alleghenies and the Evergreen Heritage Center Foundations.  He was also a lifelong member of the B.P.O.E. Elks Club #0470 in Frostburg, MD, a member of the Old Rail Post #6025 VFW in Mount Savage, and belonged to the Percy Cemetery Commission, the Allegany County Genealogical Society, and the Mount Savage Historical Society, and was the only living honorary member of the Allegany County Retired School Personnel organization.  In addition, Donald was chairman of the Beall High Class of ’43 reunions for several years.  He also enjoyed attending the Murphy reunions of his mother’s family to exchange family news and genealogical information, and participating in the Bishields family gatherings of his Italian mother-in-law that were a integral part of his life both before and after his marriage to Marianna.

Family and friends will be received at Durst Funeral Home, 57 Frost Avenue, Frostburg, MD on Friday, September 22, 2017 from 4 to 6 pm.

Funeral Service will be held at Durst Funeral Home on Saturday, September 23, 2017 at 11:00 am with Rev. George Harpold officiating.

Interment will be in St. George’s Episcopal Cemetery, Mount Savage.

In lieu of flowers, donations may be made to the Evergreen Heritage Center Foundation, 15603 Trimble Road NW, Mount Savage, MD 21545 or www.evergreenheritagecenter.org , in memory of Donald Keene.

To order memorial trees or send flowers to the family in memory of Donald Keene, please visit our flower store.