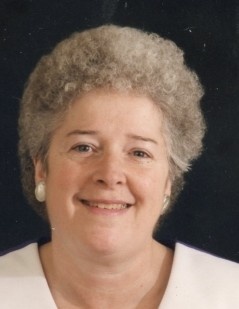 In addition to her parents, she was preceded in death by her sister, Elsie Suzanne (Sweene) Hall; and brother-in-law, Ronald Hess.

Surviving are her husband, John Francis Winn of 54 years of marriage.  She has one son, Joseph Francis Winn and wife Tracey, of Cumberland; 3 grandchildren, Sydney Leigh Phillips and husband Marc, Cadon Joseph Winn and Alison Sandra Cline of Cumberland; sister, Peggy Hess, Frostburg; numerous nieces and nephews and great nieces and nephews; a special niece, Abby Hall, who called her Dee Dee; sister-in-law, Dorothy Winn Thoerig, Akron, OH; several aunts and uncles; one special friend Jackie McVeigh; and many kind neighbors who she thought a lot of and visited.

A memorial service will be held at St. John’s Episcopal Church, 52 S. Broadway, Frostburg, on Sunday, May 20, 2018, at 2 pm with Rev. Karen Crosby officiating.

Her body has been donated to the Anatomy Board of Maryland.

Memorial donations may be directed to the Refurbishing Fund of St. John’s Episcopal Church, Frostburg, Maryland.

To order memorial trees or send flowers to the family in memory of Dorothy Winn, please visit our flower store.