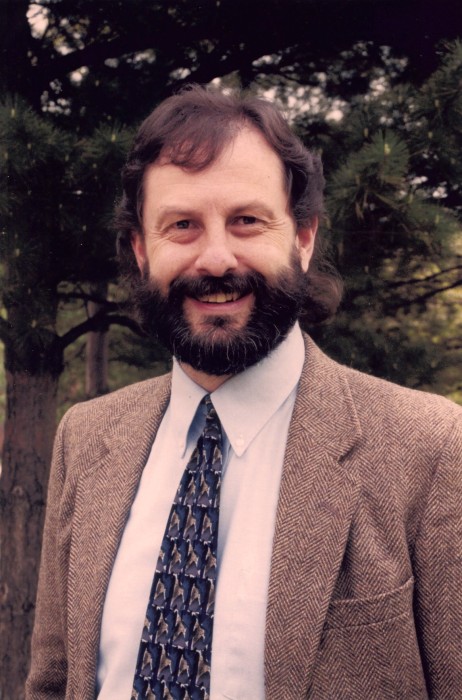 Dr. Jason H. Edwards, 59, professor of Psychology at Frostburg State University, passed away Sunday, September 17th, after living with ALS for over a year and a half. He was at home, in the company of friends and family.

Dr. Edwards was born in Philadelphia, Pennsylvania and grew up in Metuchen, New Jersey. He graduated from Wesley College (high school) in Australia, where he played basketball under Hall of Fame and former Olympic coach Lindsey Gaze for the Melbourne Tigers’ U18 and U20 teams. He received a B.A. in Psychology from the University of New Hampshire, and went on to obtain an M.A. and Ph.D. in Clinical Psychology from Georgia State University. Dr. Edwards completed his residency at Boston Children’s Hospital and Judge Baker Center of Harvard Medical School. His first full-time position was in the Dartmouth Medical School system, where he developed and directed a pediatric headache clinic. During his tenure at Frostburg State, Dr. Edwards taught both undergraduate and graduate Psychology.  He was Co-Director of the Center for Children and Families, Coordinator of Undergraduate Child and Family Psychology Emphasis Program, and Faculty Advisor for the Graduate Child and Family Counseling Psychology Emphasis Program. Over the years, he served on numerous university committees, including the Internal Review Board and the Faculty Development and Sabbatical Committee. He was awarded the FSU Faculty Achievement Award in Academic Achievement in 2003, as well as the Frostburg State Institute for Service Learning Unsung Hero Award in 2007. He presented and published in his many areas of research, including ADHD, child and family therapy, disruptive classroom behaviors, and the relationship between college health status and psychological services, at dozens of conferences both nationally and internationally. More than anything, Dr. Edwards enjoyed serving as a mentor and advisor to countless undergraduate and graduate students, and will be remembered for his enthusiasm for teaching and passion for psychology knowledge.

Dr. Edwards shared his love for sports through coaching in community basketball, baseball, soccer, and softball, and ran the Mt. Savage Basketball Program for seven years. While there, he created the first ever girls’ sixth grade basketball team, on which his daughter, Georgia Grace, played. He passed the enthusiasm on to his children, and was a tireless supporter of their efforts on the court and on the field. He and his son Morgan shared many a Wizards and Orioles game together. Hiking, biking, and travel were also pursuits he enjoyed, especially the many camping trips with his family to U.S. National Parks. Music was another passion and he enjoyed sharing concerts and recordings of soul, rhythm, blues, Americana, and Afro-pop with friends and his children.

Family was always the focal center and priority in Dr. Edwards’ life. He is survived by his wife, Susan Keller, of 34 years of marriage, his daughter Georgia Grace, and his son Morgan. He is also survived by his mother, Diana H. Edwards, his brother, Ethan J. Edwards, his sister, Melissa R. Edwards, his niece and nephew Julia and Cole Legge, as well as by his uncle and aunt, John and Grace Horne of New London, Connecticut, and numerous extended family in Belfast, Maine. His circle of dear friends stretched both far and wide – a testament to his open and engaging nature.

In lieu of flowers, please consider donating to the ALS Association or the Muscular Dystrophy Association.

To order memorial trees or send flowers to the family in memory of Dr. Jason Edwards, please visit our flower store.