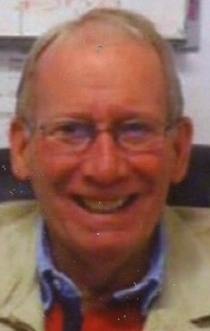 Born on January 21, 1939 in Meyersdale, PA, he was the son of the late Samuel Ralph Weimer and Rita Mae Quinn.  In addition to his parents, he was preceded in death by his wife, Marlene Hazel Weimer, grandson Albert Winner, sister-in-law, Helena Rasel and husband Harry, and brother-in-law, George Regal.

Dr. Weimer was the author of several math textbooks including Math for Human Affairs, Applied Elementary Statistics, Applied Calculus, and Statistics , Second Edition.  He also co-authored several additional college texts, and wrote numerous articles that were published in professional journals.  His mathematics textbook, Statistics, was used internationally as a teaching tool for introductory studies in statistics.  In 2002, copies of this textbook were provided to the Allegany County Board of Education for  county distribution to the high schools as well as Southern High School, Bishop Walsh High School and Calvary Christian Academy.

Dick was also very active in his community serving as a Councilman for the City of Frostburg for several years.  He worked as Commissioner of Finance during his tenure and oversaw many innovations in this department.  He was also involved in the Historic Committee of Frostburg.

Following his retirement from Frostburg State, Dick began working as a foreman for Braddock Construction Company and later purchased Potomac Valley Industrial Supply where he continued to work until his death.

He is survived by his children Stephanie Maddy and husband Jim, Frostburg; Richard (Rick) and wife Stacey, Westernport; and David and wife Kristen, Frostburg; grandchildren:  Katie, David, and Rebecca Winner; Alex and Abigail Maddy; Austen, Tyler, and Brady Weimer; Taylor Cutter, Ricky and Torey Weimer; one great-grandchild, Sadie Winner and one sister Barbara Weimer.  He is also survived by four brothers-in-law and their wives, Marvin and Trudy Hetrick, Gary and Denise Hetrick, Bob and Mary Hetrick, and Glen and Jan Hetrick; and sister-in-law and husband, Katie and Tom McClintock, and numerous nieces and nephews.

Dick will be greatly missed by his children, grandchildren, great grandchild, family, friends and the many students he touched in his quest to make this world a better place.

A Funeral Service will be held at the funeral home on Thursday, February 12, 2015 at 2:00 pm with Fr. Ed Hendricks as celebrant.

Pallbearers will be his grandchildren.

To order memorial trees or send flowers to the family in memory of Dr. Richard Weimer, please visit our flower store.