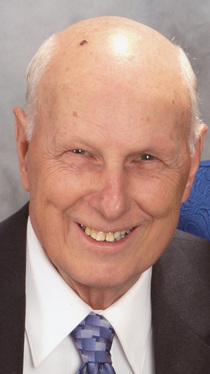 Born May 24, 1929 in Frostburg; he was the son of the late David “Dan” J. Wilson and Emma (Layton) Wilson. He is preceded in death by his parents; wife, Joan “Jennie” (Pratt) Wilson and a sister, Patricia L. Ivy.

Mr. Wilson was a member of Our Lady of the Mountains Parish. He was retired as a branch manager for First United Bank, Frostburg and a vice president and loan officer for Frostburg National Bank for 30 years. Earl was a U.S. Navy Veteran of the Korean conflict.

A funeral mass will be celebrated at St. Peter and Paul Catholic Church, Cumberland on Thursday, July 31, 2014 at 10 am with Fr. Stephen Fernandes, OFM Cap.

The family requests memorials be directed to Coal Miners Memorial Statue Fund, and sent to the Foundation for Frostburg, P.O. Box 765, Frostburg, MD 21532

To order memorial trees or send flowers to the family in memory of Earl Wilson, please visit our flower store.