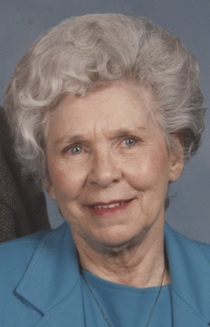 95, of Frostburg, passed away on Tuesday, November 25, 2014, at the Western Maryland Regional Medical Center, Cumberland, MD.

In addition to her parents, she was preceded in death by her husband, Samuel M. “Mac” Conrad, one grandson, one great great-grandson, four sisters and two brothers.  She was the last of her immediate family.

Marie was a former Licensed Practical Nurse at the Allegany County Nursing Home in Cumberland, MD, and was a member of the Frostburg United Methodist Church.

Family and friends will be received at Durst Funeral Home, 57 Frost Avenue, Frostburg, on Friday, November 28, 2014 from 1 to 2 pm. Funeral services will follow at 2 pm with her grandsons, Shawn Geary and Todd Geary officiating.

In lieu of flowers, the family requests memorials be directed to the Christian Appalachian Charity, PO Box 55911. Lexington, KY  40555-5911 .

To order memorial trees or send flowers to the family in memory of Edith Conrad, please visit our flower store.