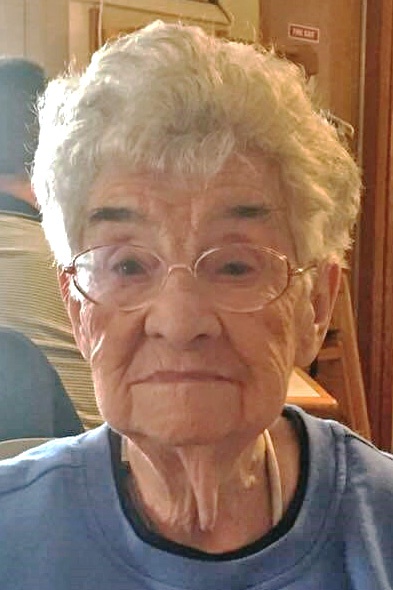 Edith Trozzo, 97, passed away peacefully on Friday, August 28, 2020, at Frostburg Rehabilitation and Nursing Center where she resided for one day.

Edith was born on February 26, 1923 in Whitmer, West Virginia, the daughter of the late Benjamin and Bertha (Vance) Armentrout.

She was preceded in death by her husband Frank; grandson, Tony; brothers, Carl, Charles, and Melvin; sisters, Nellie and Bernice.

Edith's extended family is vast and reaches from California, South Carolina, Connecticut, Ohio, New Jersey, Maryland and to the beautiful mountains of West Virginia, home of her birth.

Edith's presence was felt in the lives of all these people and extended to many she touched - from the Ridgedale Playground in the 1950's , Grace Baptist Church, her homes on Cumberland Street, Frederick Street, Glenmore Street, and Braddock’s Greene.  She was sweet, funny, and loving and will be remembered and adored forever.

Funeral arrangements have been entrusted to Durst Funeral Home of Frostburg, Maryland.  Out of concern for COVID-19, there will be no visitation; a private ceremony will be held at the time of internment

To order memorial trees or send flowers to the family in memory of Edith Trozzo, please visit our flower store.