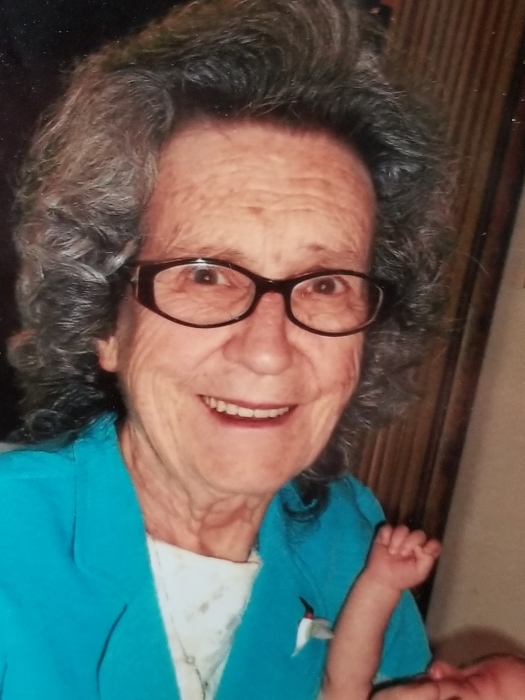 She was also preceded in death by her Keister “brothers and sisters”, Robert Keister, Mary Keister Morgan and Doris Ann Keister Morgan.

Elaine was a 1948 graduate of Beall High School.  She was employed by Celanese Fibers prior to the birth of her first child and later by Rosenbaum Department Store.

She never met a stranger and loved meeting new people.  Upon her late husband’s job relocation to Romney, she became a member of the Romney Assembly of God where during her first visit, she was delighted to be adopted by Gracie Kesner and Betty Gordon as their sister.  Margaret Kesner and the other ladies of the church quickly became her dearest friends.

She enjoyed gardening, canning her late husband’s homegrown vegetables with her daughter and playing the piano.  She also delighted in preparing special meals for her family where everything was always declared “a flop” only according to her.

Elaine fulfilled her life’s calling by being a most loving, devoted, generous and selfless mother, daughter and wife.  She delighted in the memories of her children and their cousins on their many adventures (and sometimes misadventures) at home in Midlothian and at their summer home along the South Branch River.  For the last four years of her mother’s life, Elaine provided superb care at home to her mother until her death at age 100.  Until her last days, she continued to care for her children by making her final wishes known.

She instilled in her children the importance of close family ties, high moral standards, generosity, and self-reliance.  She taught her children to treat others as they would want to be treated and that blessings were not measured in material possessions.

The family extends their sincere gratitude and appreciation to the staff of the WMHS Progressive Care Unit for their genuine concern, acts of kindness, and superior care by all who encountered Elaine.  A special thank you to physicians, Drs. Amir, Ayaz and Janjua.

Services will be conducted at the Trinity Assembly of God, Old Midlothian Road SW, Midlothian, by the Rev. Rob Culler, nephew, and the Rev. James Mou, on Saturday, June16, 2018, at 1 pm.  Interment will follow in Frostburg Memorial Park.

To order memorial trees or send flowers to the family in memory of Elaine Keister, please visit our flower store.