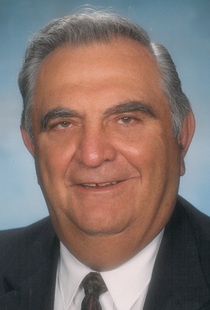 Born March 22, 1934, in Eckhart, MD, he was the son of the late Joseph and Rose (Rosanova) Arnone.  He was preceded in death by his brothers, Oriente, Minotti, Claude, and Arthur and three sisters, Maude Inglese, Mary Clay, and Olympia Arnone.

A 1952 graduate of Beall High School, he was Student Government President and president of the Allegany County Student Council Association. Playing three sports in high school, he went on to pitch in the St. Louis Brown/Baltimore Orioles organization. He graduated from Frostburg State with a BS degree in 1957 and earned his master’s degree from Frostburg in 1964. He also attended the University of Minnesota (Duluth) and North Carolina State University.

His teaching career began in 1957 in Prince George’s County. In 1959 he returned to his beloved alma mater where he served as teacher, coach, administrative assistant, and vice principal. He served as principal at Bruce High School and at the Career Center. Retiring in 1987, he worked for the Maryland State Board of Education as Coordinator of Vocational Education on Equity and Non-Traditional Programs. In 1990 he was elected to the Allegany County Board of Education for the first of four terms, serving as president three different times. He was a member of the Maryland Retired School Personnel and the Allegany County Board of Education Foundation.

A long-time community advocate, Moose spearheaded many fundraising activities for various organizations. In 2005 at MCC, he was honored for his community service with a permanent bench and in 2009 he and his wife were selected as one of The Fascinating Fifteen of Allegany County. The Arnone Building at Mountain Ridge Stadium was dedicated in 2011.

To order memorial trees or send flowers to the family in memory of Enordo Arnone, please visit our flower store.