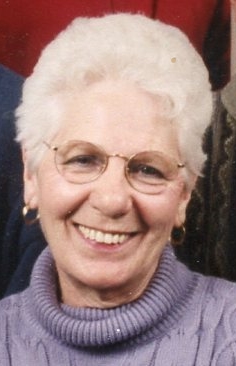 Born September 16, 1931, she was the daughter of the late William and Madaline (Klipstein) Smith. She was also preceded in death by her beloved husband James William “Buck” Harden; one brother, Ray Smith; one sister, Mary Winner; one sister-in-law, Eleanor Smith; three brothers-in-law, William “Pete” Cameron, James Hinkle, Larry Harden and one nephew, Roy A. Smith.

A graduate of Central High School, Lonaconing, MD and Mount Siani Hospital School of Nursing, Baltimore, MD. She was a loving daughter, sister, wife, grandmother and great grandmother and a dedicated nurse for 42 years. She was an avid reader and lover of flower gardening.

Family and friends will be received Saturday, May 21, 2016 from 9 to 11 am followed by a eulogy given by Rev. George Harpold at Durst Funeral Home, 57 Frost Avenue, Frostburg, MD.

Interment will be private.

To order memorial trees or send flowers to the family in memory of Evelyn Harden, please visit our flower store.