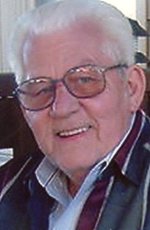 Born January 19, 1941 in Frostburg, he was the son of the late Charles W. Lyons and Lelia Shaw Warnick. In addition to his parents, he is preceded in death by his brother, Kenneth Wilson and wife Jeanie.

Francis is retired from Bethlehem Steel Co. in Baltimore after 30 years of service in 1989, and was the proprietor of used and new furniture in Vale Summit for 20 yeas.  He loved to camp, fish and work in his woodshop.

Funeral services will be at 7 pm following the viewing with Brother, John Richmond as celebrant.

Francis will be cremated in accordance with his wishes following the service.

In honor of Francis’s love for animals and especially for his beloved Pomeranian, Zoey, memorial donations can be made in his memory to Allegany Co. Animal Shelter, 716 Furnace Street, Cumberland, MD 21502.

The Family would like to extend a special thank you to the Western Maryland Regional Medical Center Home Hospice staff.

To order memorial trees or send flowers to the family in memory of Francis Lyons, please visit our flower store.