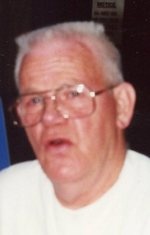 Born March 12, 1934, in Mt. Savage to the late George Elmer and Christine Charlotte (Crowe) Burall.  IN addition to his parents he is preceded in death by five brothers and sisters.

George retired from Chessie Railroad as a Track Foreman.  He was a U.S. Air Force Veteran and a member of VFW Old Rail Post #6025, Mt. Savage.

Funeral services will be held at Durst Funeral Home P.A. 57 Frost Ave, Frostburg on Tuesday, February 5, 2013, at 1 pm with Rev. George Harpold officiating.  Friends and family will be received one hour prior to the service from 12 noon to 1 pm.

Interment will be held at Maryland Veterans Cemetery, Flintstone, MD

To order memorial trees or send flowers to the family in memory of George Burall, please visit our flower store.