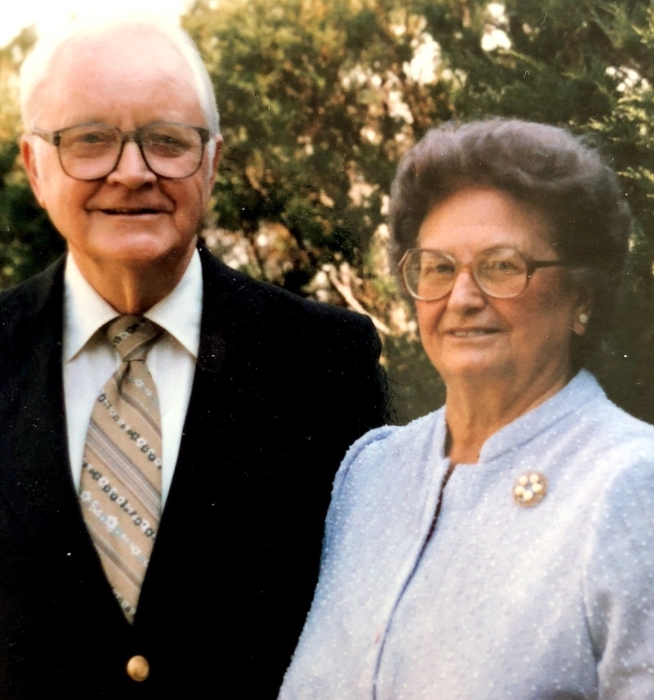 'Gladys G. “Day” Griffiths, 98, passed away on Wednesday, May 02, 2018 at the Lions Center for Rehabilitation and Extended Care.

Day graduated from Etna High School, Etna, PA in 1938.  She married Jack, who worked for the G.C. Murphy Company, on October 12, 1946.  Because of his job, they lived in various towns in western Pennsylvania (Etna, Butler, Pitcairn, and Sewickley) and finally moved to Frostburg in 1962 where Jack was the manager of the store.  Day devoted herself to her home and family, loved cooking, baking and sewing and was an active member of St. Paul’s Lutheran Church and LCW for many years.  She and Jack also delighted in taking scenic drives exploring the area whenever they got a chance.  She will be deeply missed by family and friends.

Funeral services will be held at Durst Funeral Home, 57 Frost Ave., Frostburg, MD, on Sunday, May 6, 2018 at 2 pm with Rev. Richard Schoenly officiating. Friends will be received one hour prior to the service from 1 to 2 pm.

The family would like to thank the many caregivers at the Kensington and the Lions Center for their kindness and thoughtfulness during Day's time of residence there.

To order memorial trees or send flowers to the family in memory of Gladys Griffiths, please visit our flower store.