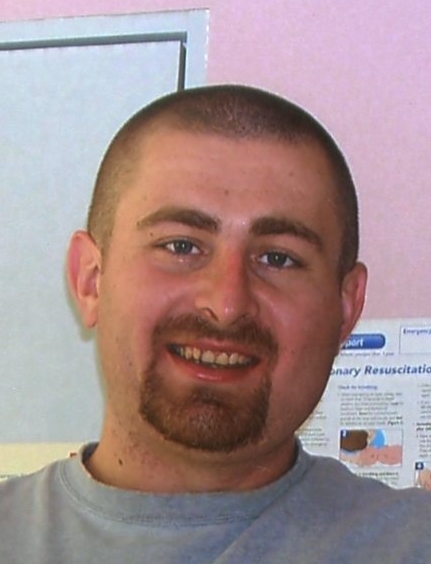 Gordy was a Christian and was a member of Divine Mercy Parish Saint Michael’s Church. He was a 1995 graduate of Beall High school and attended Allegany College of Maryland. Gordy began his career working with his father at Opel Construction in 1995. He later worked at Bayliner from 1998-2000. His most recent career was at The Department of Juvenile Justice Service where he served 18 years working as a Supervisor. He also worked side jobs as a Maryland licensed contractor under the business name “Opel and Sons”.

Gordy played baseball and football as a child and throughout high school. He was a member of several championship baseball teams and he played in the state finals for Beall High School for football in 1993. Gordy was an avid bowler. He started bowling when he was a young child and continued until currently. He bowled on the Men’s League at Sherwood Bowling Alley. He also enjoyed hunting, fishing, and spending time with his family and friends. He was a devoted father and the majority of his time was spent with his children which he immensely enjoyed.

A Funeral Mass will be held at Divine Mercy Parish St. Michael’s Catholic Church on Saturday, November 10, 2018, at 11 am with Father Ed Hendricks serving as celebrant.

Gordy was a kind, loving person that would put his family in front of himself. He was a hard worker and a loving father. He liked to make people laugh and had a good sense of humor. Even though Gordy left this world prematurely, he will continue to live on through his children.

In lieu of flowers, contributions can be directed to WEPCO FCU to “The Opel Children”.

To order memorial trees or send flowers to the family in memory of Gordon Opel Jr., please visit our flower store.