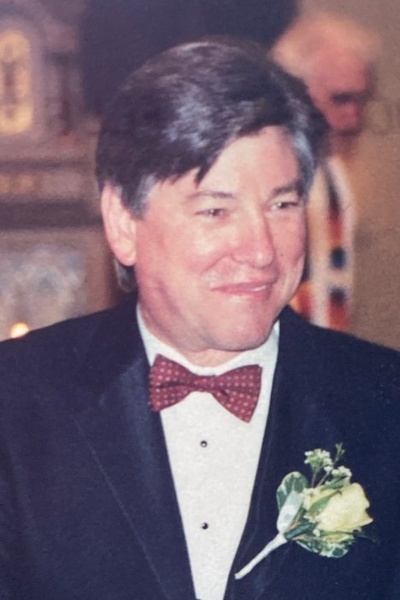 On Oct. 29, 2020, the world lost a creative, intellectually curious, and accomplished man in Greg Andorfer after a long battle with frontotemporal dementia.  Greg had a distinguished thirty-year career in the science communication field and will always be remembered for being one of the greatest producers in the history of public television.  His work won five Emmys and was recognized internationally in many mediums, including museums, film, public television, radio, and educational programs and publications.

Greg was born in Mount Vernon, Ohio to Robert and Sophia Andorfer.  He graduated from Kenyon College in 1973 with a double major in Art History and English.  Later, Greg was awarded an honorary Ph.D. by his alma mater for excellence in the public communication of science.  He began his career at KCET in Los Angeles, where he helped create and was Series Producer and Project Director of the award-winning series COSMOS with Carl Sagan.  At WQED in Pittsburgh, he was awarded an Emmy as Series Producer for PLANET EARTH, with the U.S. National Academy of Sciences.  The Discovery Channel collaborated with Greg’s production company, Stardust Visual, to produce the first science driven and “forensic” focused investigations into the wreck site of the RMS Titanic, resulting in the most watched series on the Discovery Channel.

Later in his noteworthy career, Greg was the Executive Director and Chief Executive Officer of Baltimore’s Maryland Science Center.  He was responsible for the eight-figure capital campaign that added the Edward St. John Hall, home to the Science Center’s most iconic exhibit, Dinosaur Mysteries.  Under Greg’s tenure, the Science Center partnered with the National Science Foundation, NASA, NIH, The Smithsonian Institution, Johns Hopkins University and Medical Center, and Discovery Networks for new exhibits.  The Science Center also won competitive grants for the production of exhibits, including the national traveling exhibit “TITANIC SCIENCE.”  Greg also produced the IMAX film, “HUMAN BODY” (in partnership with the Discovery Channel, The Science Museum of London, and the British Broadcasting Corp.) and was the Executive Producer of the IMAX film “DINOSAURS ALIVE!” for the Science Center and New York’s American Museum of Natural History.  In his “spare” time, Greg was a two-term Board Member of the Association of Science and Technology Centers and Chair of its Advocacy Committee.  He was also president of a consortium of 10 museums involved in the creation of a cutting edge, national traveling exhibition called “Women’s Health.”

For all of his many accomplishments, Greg was a humble man with a delightful sense of humor and strong love of family.  Those who knew him will fondly remember his storytelling abilities, from being aboard ship in the north Atlantic working on the Titanic expeditions, to dinosaur bone hunting in the Gobi Desert in Mongolia.  Greg’s fascination and curiosity about the mysteries of the universe was contagious.  His talent for making those mysteries topics of interest to large audiences was rivaled only by his broad and engaging smile.  Even more than science and storytelling, though, Greg loved his wife, Joan Serafin Andorfer.  They truly were the love of and light in each other’s lives, and their time together was far too brief.  Joan and the entire Serafin family will deeply mourn Greg’s passing.

Greg was predeceased by his parents and his son, Gregory R. Andorfer.  He is survived by his devoted and loving wife Joan, as well as his two brothers, Michael (Nan) and John (Amy), his daughter Alexandra, step-daughter Aleksandra Knepper, and other family members and friends too numerous to mention.  In view of the pandemic, a celebration of Greg’s life will be held at a later date.  Those wishing to honor Greg may do so by a donation to the memorial fund established in Greg’s name at Kenyon College for the Gund Gallery (Development Office, Kenyon College, Gambler, OH 43022, Attn: Sharon Williams).

To order memorial trees or send flowers to the family in memory of Gregory Andorfer, please visit our flower store.