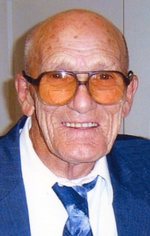 Born January 15, 1932, in Mt. Savage, he was the son of the late John Milton and Eva (Frankenberry) Shaffer.  In addition to his parents, he is preceded in death by two brothers, John E. Shaffer and James Shaffer; daughter in law, Karen Shaffer.

Harold was Methodist by faith and a US Army Veteran of the Korean Conflict serving in Germany.  He retired from Celanese Fibers and HRDC. He was a member of Old Rail Post 6025, where he was a past commander, Barrellville Outdoor Club and the Piney Mountain Sportsman Club.

“Our family has lost a great man, father, grandfather and mentor whom we all looked up to and went to for advice and wisdom.  We will miss him. A special thanks to the kind and caring nurses of home hospice.”

To order memorial trees or send flowers to the family in memory of Harold Shaffer, please visit our flower store.