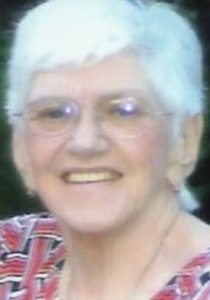 89, of LaVale, MD, was born into Eternal Life surrounded by her loving family on Wednesday, December 25, 2013 at WMHS Regional Medical Center.

Born December 5, 1924, in Midlothian, she is the daughter of Dave and Clara (Trapp) Morgan. She is preceded in death by her parents; two husbands, George W. Miller, Jr. and Kenneth Earl Bridges; two brothers, Paul J. Morgan and Charles W. Morgan; she is the last of her immediate family.

Helen was a member of St. Patricks Church in Cumberland, past member of St. Michael Catholic Church, Frostburg and St. Joseph’s Church, formerly Sodality and CDA Court Cardinal Gibbons #529 as former Regent, Vice-Regent, Secretary and Publicity Chairman. She retired from Celanese Fibers Corporation after 43 years as inspector in bobbin stores.

To order memorial trees or send flowers to the family in memory of Helen Bridges, please visit our flower store.