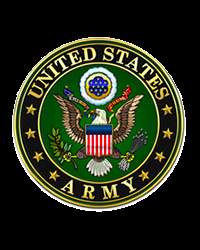 Born on October 22, 1928, in Frostburg, he was the son of the late Daniel and Sarah Vivian (Dando) Lloyd.

In addition to his parents, he was preceded in death by brothers, Owen and Donald Lloyd; and sisters, Evelyn Lloyd, Dorothy Kreiling, Elsie M. Robertson and Ruth Small.

Mr. Lloyd was a graduate of Beall High School.  Following graduation, he served in the U.S. Army and was stationed in Germany.  After his discharge from the military, Doc graduated from Frostburg State College and was then employed by the Allegany County Board of Education as a math teacher at Bruce High School.  He also worked as a window decorator at Peskins.

Doc was a life-long member of St. Paul’s Lutheran Church in Frostburg where he served in many positions.

He was a member of Farrady Post #24 Frostburg American Legion, Elks Lodge #470 and Mountain Lodge #99 AF&AM.

Interment will be in the Maryland Veterans Cemetery at Rocky Gap.

The family extends a heartfelt thank you for the excellent care given to Mr. Lloyd by his caregivers.

To order memorial trees or send flowers to the family in memory of H. Glenn Lloyd, please visit our flower store.