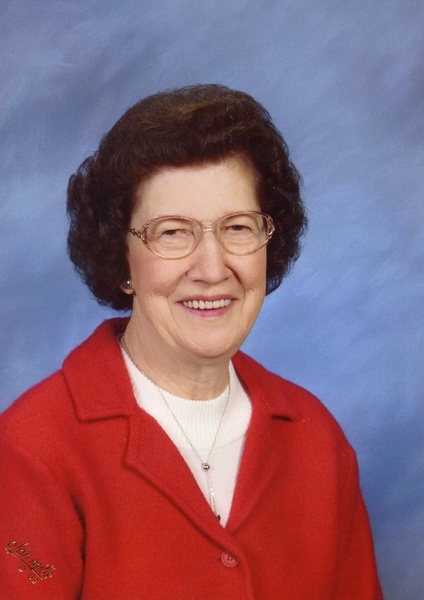 Born April 4, 1927 near Finzel, she was the daughter of the late Daniel Clark and Minnie (Drees) Clark. Hilda is preceded in death by her husband, Arthur William Rosenberger in 2007; four brothers, Henry Clark, Arthur Clark, Albert Clark and Bill Clark, and three sisters, Verna Hostetler, Emma Arnold, and Mabel Arnold. She is the last surviving member of her family.

Mrs. Rosenberger was a member of Saint Mary’s Catholic Church, Pocahontas, PA. She was a homemaker and former employee of Celanese Fibers Corporation. Hilda was a kind and loving mother and grandmother and a good neighbor to all who knew her. She enjoyed gardening and bingo.

Family and friends will be received at Durst Funeral Home, 57 Frost Avenue, Frostburg, MD on Thursday, December 21, 2017 from 5 to 8 pm.

A  Funeral Mass will be held at Saint Mary’s Catholic Church, Pocahontas, on Friday, December 22, 2017 at 11:00 am with Rev. Benoit Alloggia O.S.B. as celebrant.

Interment will be in Finzel Cemetery.

Memorial contributions may be made to Saint Mary’s Church, Pocahontas, PA.

The family would like to thank the staff at Assistant Living and Nursing Caring Center for their kind and caring compassion during her time with them.

To order memorial trees or send flowers to the family in memory of Hilda Rosenberger, please visit our flower store.