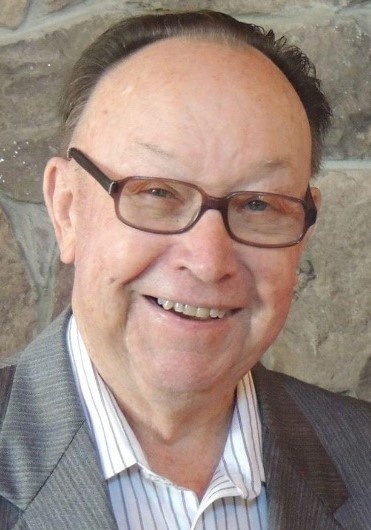 Born on January 11, 1929, in Frostburg, he was the son of the late John Lawrence and Rose Ann (Smith) Carey.

James was the fourth generation farmer of ancestors that sailed from County Mayo, Ireland who settled in eastern Garrett County.  James married Agnes in 1949 and they set up residence on his namesake and grandfather, James, homestead on Old Frostburg Road.  He was a man who was known throughout the area and was always held in the highest esteem by his neighbors and friends, noted for his hard work ethic, honesty and goodhearted nature.

James was committed to his community throughout his years donating his time, energy, and support to many organizations in the county.  He was one of the many dedicated fans who took part in obtaining and erecting the football scoreboard for the Northern Jr/Sr High School and transported fans to the games on his school bus for years.  He was a lifetime member of the Mt. Zion United Methodist Church and has been a life-time member and past president of the Garrett County Farm Bureau.  He was a member and past president of the Grantsville Lions Club and was given the Melvin Jones Fellow for Dedication to Humanitarian Services award and member and past president of the Rt. 40 Elementary School PTA.  He also was a long-time member of the Woodmen of the World and awarded, “Farming for the Future” Outstanding Conservationist Citation.

Jim had a love for farming, raising and working beside his dedicated sons, taking pride in raising beef cattle, hogs, growing crops and selling milk in the early years of his marriage.  He farmed his first farm, his father-in-law, Julius Wilhelm’s farm and his home-place on Long Stretch plus other ground.  As most people know, to make ends meet, farmers must work multiple jobs and James worked in the woods cutting and hauling timber and also drove truck hauling coal for years.  In 1960 he bought his first school bus and was owner/operator for 54 years being recognized for his Excellent Safety Record.

James was dedicated to the love of his life, Agnes, and they were known throughout the county for their love of dancing. James always had a smile to give everyone, enjoyed having fun and spending time with family and friends, making memories that he talked about many times. Another of his and Agnes’s passions was bowling where he was a member of the LaVale and Frostburg City Men’s and Mixed Bowling Leagues.  In 1973, he and team mate, Les Hunter, went to the Maryland State Bowling Championship and won first place.

James and Agnes passed down and sold their first farm in 1984 to their son, Julius, and moved back to James’ home-place on Long Stretch where he continued farming until his years caught up with him and he finally handed over and sold his home place to his youngest son, Darin.

Interment will be in Blocher Cemetery.

The family offers special thanks to Garrett County Hospice, nurses Tracy and Stephanie, sitters Matilda, Leslie, June and April for their compassionate care of James.

Unfortunately, we decided to try and keep everyone safe as possible so we will be having a private service for Dad and will have a Celebration of His Life at a later date. Dad and Mom endured much sadness during their life but they were determined people and still found love, happiness and fun!  Dad cherished his abundance of friendships and the memories made he spoke of fondly.

To order memorial trees or send flowers to the family in memory of James Carey, please visit our flower store.