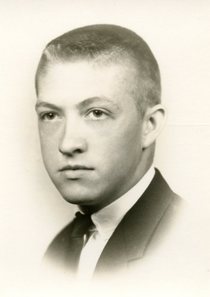 Born October 25, 1947, in Frostburg, he was the son of the late William and Margaret V. (Buskirk) Jeffries Monahan.

In addition to his parents, he was preceded in death by his brother, Carl William “Bill” Jeffries and his step-father Thomas P. Monahan.

Jim was a 1965 graduate of Beall High School.  He graduated from Officer Candidate School, National Guard, and served during the Baltimore riots of the late ‘60s.  He was a member of Farrady Post #24 American Legion and several fraternal organizations over the years where he had many friends.

Jim was cremated in accordance with his wishes.

To order memorial trees or send flowers to the family in memory of James Jeffries, please visit our flower store.