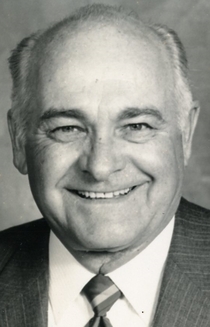 88, of Frostburg, passed into the presence of his Lord on Friday, February 20, 2015 at Frostburg Village Nursing Care Center.

Mr. Dunn was retired with 42 years from Potomac Edison as Lead Lineman; a U.S. Army Veteran and Merchant Marine of WWII and the Korean Conflict. He was a member of Frostburg Assembly of Christians. James also assisted and tutored students enrolled in Electrical at the Cresaptown Career and Technical Educational Center.

Interment will be held at Frostburg Memorial Park.

In lieu of flowers donations can be made to the American Heart Association, 7272 Greenville Avenue, Dallas, TX 75231.

A special thank you to the wonderful hospice nurses from Western Maryland Health System Home Hospice.

To order memorial trees or send flowers to the family in memory of James Dunn, please visit our flower store.