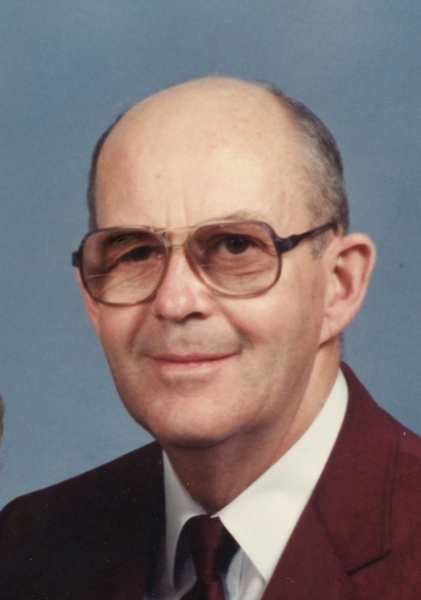 James William (Jim) Wiebrecht, 80, of Frostburg went home to be with the Lord on Sunday, January 22, 2017 at the Frostburg Village New Horizons Unit where he had been a resident for just over a year.

Born July 16, 1936 in Lonaconing, Mr. Wiebrecht was the son of the late William Stanley and Edith (Staup) Wiebrecht. He was preceded in death by a son-in-law, Dr. Gilcin Meadors.

Jim graduated Beall High School in 1954 and then operated a small, family dairy farm while working for George Hazelwood Construction Company. He trained as a draftsman and then served as a construction estimator for several decades at George Construction Company and Somerset Steel Erection Company, Inc.  During his career, George Construction built several buildings at Frostburg State University including dormitories, the library, the student union, and several classroom buildings.  Jim also contributed to the construction planning of several area public schools and  many jobs at the former Luke Paper Mill and Allegany Ballistics Laboratory.  He retired in 2002 and spent the next years enjoying his home, family, church, nature, and travel, including a 2006 motor home trip across the United States to fulfill a retirement dream, before becoming ill with Alzheimer’s disease in the last few years of his life.

Jim is survived by his wife of 58 years, Eleanor (Preston) Wiebrecht, and his daughters, Carolyn Bond and husband, Bill, and Sharon Meadors.  Jim also leaves behind his granddaugters, Justine Meadors and boyfriend Dion, Brittany Bond and boyfriend Daniel Bible, and Abbey (Bond) Brodie and husband Braxten, along with two great-granddaughters, Caelyn and Adalyn Brodie. His sister, Susan and her husband, Edgar “Mick” Mickey, also survive him as well as a niece, Jimmie Sue and husband Ralph Huey of Loveland, Ohio, and a brother-in-law, James Preston and wife Betty of Oakland.

Jim was a lifelong member of the First Presbyterian Church of Frostburg where he proudly served as a trustee and a worship greeter. In 2015, he received a 50-year membership pin in Mountain Lodge 99 A.F.& A.M. He was also a member of Mountain Lodge 15, O.E.S.

Jim had a gentle, loving spirit and he valued hard and honest work. Family and friends relied on him for his mechanical skills and leaned on his strong integrity and steadfast commitment to living an honorable life. He maintained a fondness for the 1950s, restoring cars from that era and attending local car shows. In 1986, he drove a Ford Retractable Hardtop around the track of the Indianapolis Motor Speedway.

The family extends deep gratitude to the quality care provided by Dr. Richard Porter of Wellspring Family Medicine and by the wonderfully compassionate and caring staff at the Frostburg Village, New Horizons unit.

To order memorial trees or send flowers to the family in memory of James Wiebrecht, please visit our flower store.