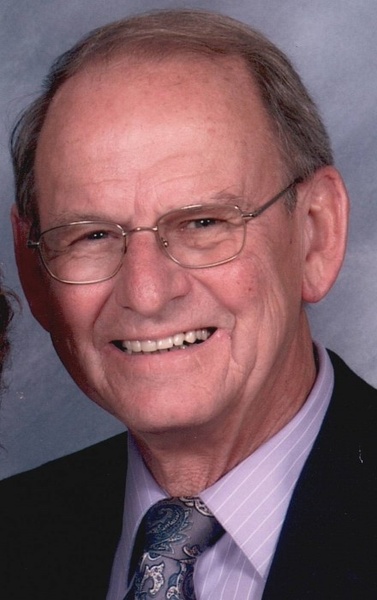 Born on February 22, 1944, to the late Edgar and Jewelle (Dennison) McFarland.

Jim was the second-generation owner and operator of McFarland Candies where he continued to help his daughter and third generation owner, Cindy, to this day. Jim also retired from Kelley Springfield as a Senior Accountant.

Jim was proud to be born and raised in Frostburg, and because of that, he was involved in many projects for the community. He joined the Frostburg Fire Department in 1974 and wore many hats which included both Line and Administrative Officers. During his service, he was named Firefighter of the Year, and was instrumental in obtaining an 100ft. aerial ladder truck. He also played a big role in the development of Glendenning Recreation Park so children in the community could play various sports and family members could easily attend. Jim was honored to serve as finance commissioner for the city of Frostburg, and  campaign treasurer for Maryland Senator John Hafer, Senator John Bambacus and Register Mary Beth Pirolozzi.  Jim was a faithful and devoted Christian and a member of Eckhart Baptist Church. He was the ultimate family man and had many hobbies. He loved to golf, garden, and spend time with his grandchildren and great grandchildren any chance he got. He was the most proud father and grandfather. Jim was known for his wit and his ability to make anyone around him laugh and have a good time. He had many close friends, too numerous to mention, but he held them all dear to his heart.

Family and friends will be received Friday, August 13, 2021 at Durst Funeral Home from 3 PM to 6 PM.

In lieu of flowers, donations can be made to Eckhart Baptist Church at 171 Old National Pike SW, Eckhart MD and Frostburg Fire Department at 75 S Water St, Frostburg, MD.

To order memorial trees or send flowers to the family in memory of James "Jim" McFarland, please visit our flower store.