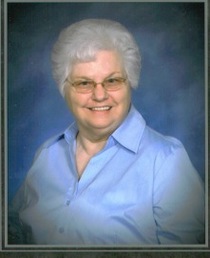 73, of Frostburg, passed away February 24, 2014 at her home after a lengthy illness.  Born November 18, 1940 in Cumberland, Janet was the youngest daughter of the late Frederick Deremer and Sarah Virginia Mooney.

She is survived by her loving husband of 51 years, Lloyd Duncan, two sons, Greg, of Frostburg, and Jason, of Baltimore, and her daughter and son-in-law, Michelle and Rob West, of Springfield, Missouri.  Others surviving her whom she also held dear are her sister, Sarah Jean Gaumer, Frostburg; her nieces and their husbands, Carol and Bill Felker, Vale Summit and Sherry and Charlie Croft, Ridgeley, West Virginia; her grandnieces, Ricki Ann Moyer and her daughter Sophie, Lavale; Jamie Felker and Corrie Felker, Frostburg; and her grandnephew and his wife, Michael and Shannon Moyer.

Janet was a 1958 graduate of Fort Hill High School and prior to her retirement she was self-employed as a certified nursing assistant specializing in in-home care for the elderly.  She was known to her family, friends and her clients for her caring nature, positive attitude and infectious smile.

A graveside service will be held at a later date.  Memorial donations may be made to Rosenbaum House at Ruby Memorial Hospital, Hurst House at Winchester Medical Center or Western Maryland Health System Hospice.

To order memorial trees or send flowers to the family in memory of Janet Duncan, please visit our flower store.