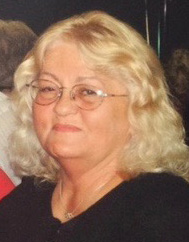 Born on October 7, 1947 in Frostburg, MD, she was the daughter of the late Robert Junior Thomas and the late Alice Josephine Thomas, both of Frostburg. Also preceding her in death is daughter, Diane Renee Peterson, and a brother, Robert James Thomas.

She was a former student of Beall High School and received her GED.  Linda attended Frostburg Seventh Day Adventist Church occasionally with her family and was a Christian by faith.

Linda loved making Thanksgiving dinner and having a house full of family. She loved winter snows and Christmastime, decorating and baking.  She loved making snow angels and snowmen; and then she enjoyed her quiet time doing jigsaw puzzles after the Christmas chaos had died down.  In the summertime you could always count on her to be there with cookies for neighborhood kids as they played outside. Linda’s grandchildren and great grandchildren held a special place in her heart...  as did her nieces and nephews.  Milk Shake day was a tradition held in July where she would save for months on end and then splurge, buying enough ice cream and chocolate sauce to hand out milk shakes to all who showed, grandchildren coming from as far as North Carolina to take part in the festivities.

Linda’s love for dogs left a long line of beloved four-legged friends who preceded her in death.  Maggie, Elizabeth, Lobo, and Molly.  Surviving is Louie who will miss his mama dearly.

Linda lived her life with laughter, love and generosity.  She will be greatly missed.

To order memorial trees or send flowers to the family in memory of Joelinda "Linda" Harden, please visit our flower store.